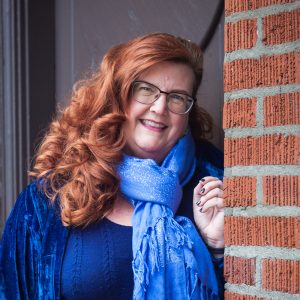 Eddie Louise has had a lot of experience writing. For example, as a child, she composed dozens of nonsense songs to keep herself company as she herded cattle across the lonely plains of Wyoming. By the time she was sixteen years old she had written nearly one hundred Memoranda of Understanding to various teachers and school administrations. She wooed her high-school sweetheart with overly dramatic poetry, and short stories full of pathos and ennui. Marriage and children precipitated a move to California where discovering the theater led her to write melodramatic plays full of artful alliterations. This in turn, led to composing the book for her first musical as she relaxed on the beaches of Monterey. A temporary career writing soul-sucking corporate literature sent her running far away to Edinburgh Scotland, where the atmosphere, the castle and the alcohol combined to inspire a jazz vocal fantasia based on plainchant, a string quartet about a dripping faucet, a short dramatic film about a magical camera, an opera based on the Fates, an autobiography that was not her own, and two novels that live happily in a trunk where they have settled down and started a family. Since that time she and her lifelong love have landed in sunny Southern California where she makes a living as a ghostwriter and continues to try out different forms of authorship including, but not limited to a monthly speculative fiction audio-drama – The Tales of Sage and Savant. Like her characters, she often becomes obsessive and the book TransMIGRATIONS grows out of her desire to know what happened in the gaps for Sage and Savant.

© 2016 All Rights Reserved | Powered by Wordpress | Made with ❤ by Themely